Annually, over 50 million Americans experience an unintended medical complication due to the use of an intravenous (IV) drug delivery system. In the United States alone, it is estimated that these instances account for more than $10B per year and more than 20 million staff hours per year. The most common complications of IVs are blood clots obstructing the flow (occlusion) and needles slipping out of the vein into the surrounding tissue (infiltration), both of which can result in substantial patient morbidity, such as swelling, phlebitis, discomfort, bloodstream infections, deep vein thrombosis, and even tissue necrosis. The IV Patency Monitoring Device (IVPMD) will monitor the patency status of an IV and alert medical personnel when the IV has become hazardous. The IVPMD will generate small pressure waves within the IV line, which will propagate down into the continuous fluid column comprised of IV fluid and blood. The IVPMD will monitor the waves in the IV fluid as they echo back upstream in the IV line. The team hypothesizes that the echo waves will change depending on the status of the IV. Thus, the device will be able to distinguish a healthy scenario from an unhealthy scenario. Once the IVPMD has detected an unhealthy scenario, it will emit an audible and visual signal to caretakers to alert them of the hazard. The UTSA team is working together with Dr. John H. Calhoon and Dr. Daniel DeArmond from UT Health San Antonio (UTHSA). 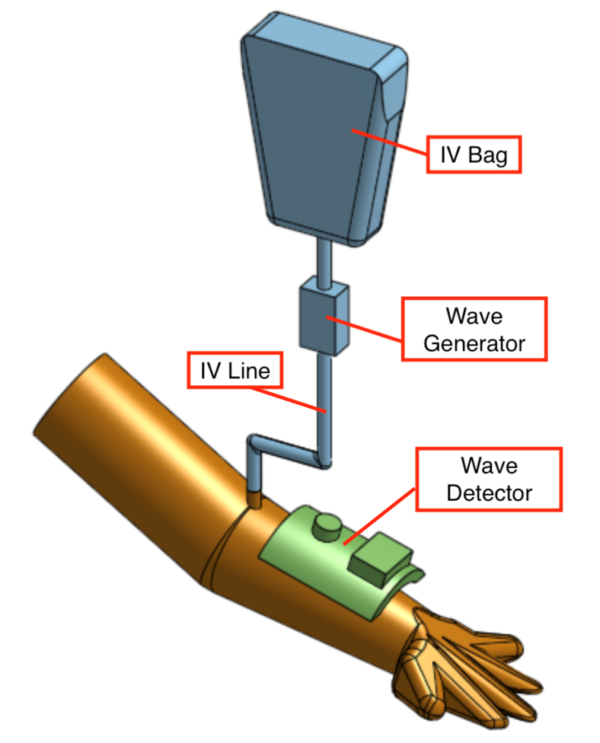 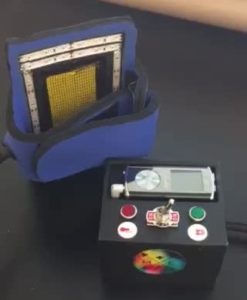 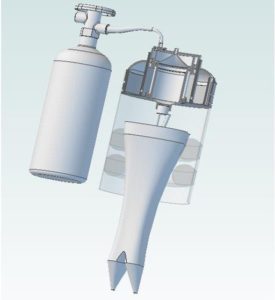