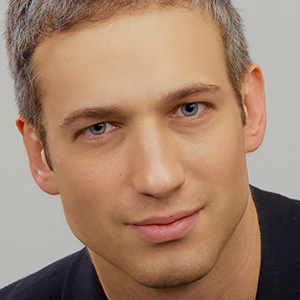 Dr. Itamar Lerner is a cognitive and computational neuroscientist and the Principal Investigator of the Sleep and Memory Computational Lab. His research interests include the effects of sleep on learning, hippocampal-dependent memory and its involvement in pattern recognition and Post Traumatic Stress Disorder (PTSD), the brain mechanisms behind creativity and insight, associative processes in semantic memory in healthy and schizophrenic individuals, and language acquisition. Visit itamarlerner.com for additional information. 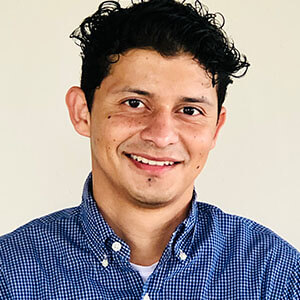 Emerson is a second-year student at University of Texas in San Antonio studying for his master’s in psychology. Emerson is from Tegucigalpa, Honduras. He attended University of Mobile, where he received a Bachelor’s degree in Biology with a minor in Organic Chemistry. In addition, he received a Master of Science in Biology from Auburn University. Emerson is interested in understanding the biological mechanisms involved in the role sleep plays in the development of stress and trauma, along with subsequent disorders that may arise, such as PTSD. 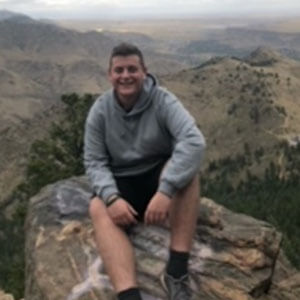 James is a first-year master’s student in psychology. He has worked in the lab since February 2020 and helped write the lab’s protocols for sleep monitoring as well as code experimental tasks in PsychoPy, which are currently used in our studies. His research interests evolve around the way sleep affects performance in basic tasks and everyday life. He plans to continue to a Ph.D. program after finishing his master’s at UTSA. 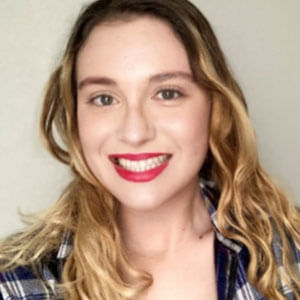 Sarah is a second-year master’s student in The Sleep and Memory Computational Lab, which she joined in June 2020. Under Dr. Lerner’s supervision, she is working on her Master’s thesis examining how sleep affects temporal pattern recognition and insight, and particularly how slow-wave sleep during naps influence the integration of proximal events into a single memory. She is excited to continue fulfilling her passion for research and psychology! 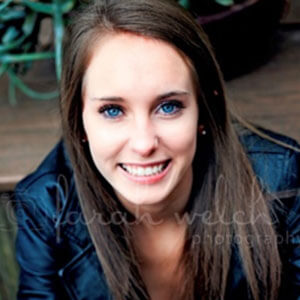 Emily has been an undergraduate Research Assistant in The Sleep and Memory Computational Lab since September of 2020. After completing her bachelor’s degree in Psychology, she plans to pursue her MD. During her time as a Research Assistant she was given the opportunity to help set up the lab, review grant proposals and train incoming Research Assistants. Under Dr. Lerner’s leadership she has gained a deeper understanding of sleep and its function, as well as deepening her passion for research. 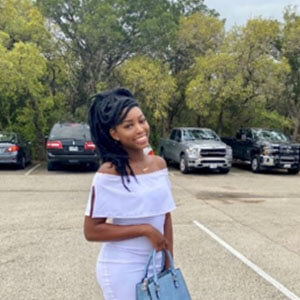 Ijeoma Okoko is a 4th year undergraduate student at UTSA and has been an undergraduate Research Assistant in The Sleep and Memory Computational Lab since January of 2020. After completing her bachelor’s degrees in psychology and biology, she plans on going to medical school to pursue her MD/DO. During her time as a Research Assistant for Dr. Lerner, she was given the opportunity to familiarize herself with programs like Inquisit and Psychopy, help set up the lab and train new research assistants. She has also gained a deeper understanding on the effects of sleep on learning. 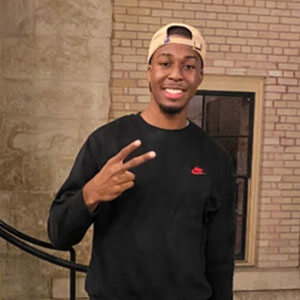 Raymond is a new undergraduate research assistant in The Sleep and Memory Computational Lab and a senior undergraduate student at UTSA. This is also his first experience in the research field. Raymond also has a passion for dentistry and will apply for Dental school after getting his Bachelor’s degree of Biology. He is very intrigued in the role sleep plays in many physiological aspects. More specifically, he is interested in the research of the role sleep plays in cognitive and developmental functions. 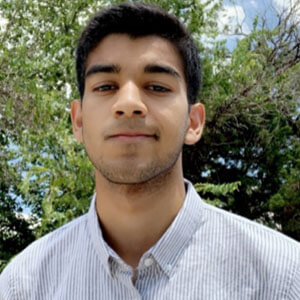 Adeel is a second-year undergraduate student at UTSA who recently joined The Sleep and Memory Computational Lab as a research assistant in the spring semester of 2021. After earning his Medical Humanities major, Adeel plans to attain his Medical Degree. Adeel has an interest in furthering his research experience particularly examining the links that exist between sleep and psychological damaging life events. 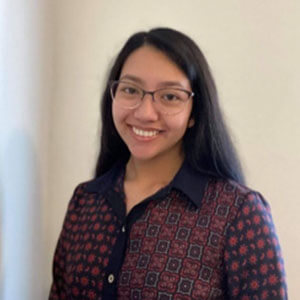 Alexis is a second-year undergraduate student predicted to graduate in the spring of 2022. After graduating, she hopes to attend graduate school and pursue a career in mental health. She has been a research assistant in The Sleep and Memory Computational Lab since the spring of 2021. Although new to the lab, she is excited to learn more about sleep and relating it to her studies in psychology. 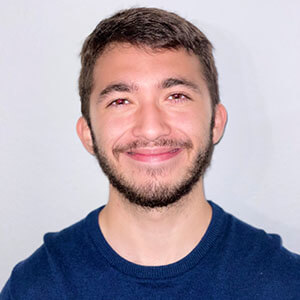 Joseph is a second-year undergraduate majoring in microbiology & Immunology and is expected to graduate in the spring of 2024. Joseph joined Dr. Lerner’s lab in the fall of 2021 as a research assistant. His roles range from assisting in daily experimental procedures to helping running automatic sleep staging algorithms. He is interested in human cognition, memory and sleep and wishes to advance his education in this field. Joseph plans to continue to an MD/PhD program after completing his undergraduate degree. 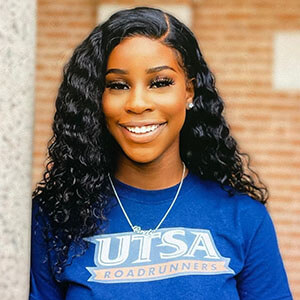 Cindy has been working as a research assistant in the Sleep and Memory Computational Lab as of October 2021. Her current role includes collecting and analyzing data gathered in human experimentation. Since graduating with an AA in Multidisciplinary Studies, she resides as a second-year undergraduate student at UTSA who aims to complete her Bachelors of Science in Nursing by spring of 2024 and further plans to pursue an MD. 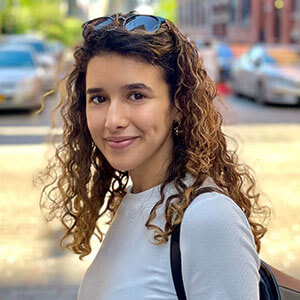 Israa is a second-year undergraduate student in Psychology at the University of Texas at San Antonio. She has joined The Sleep and Memory Computational Lab as a research assistant in the fall semester of 2021 and is interested in gaining a deeper understanding of the effect of sleep on cognitive and emotional processing. After earning her bachelor’s degree in psychology, Israa plans to pursue a master’s degree in Clinical Psychology. 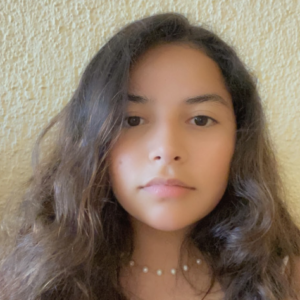 Sabrina is a freshman majoring in neuroscience and is on track to graduation in the Spring of 2025. After graduating she hopes to get her MD at a Texas Medical school. Sabrina is a new research assistant and is very excited to be given the opportunity to be a part of innovative and exciting research. 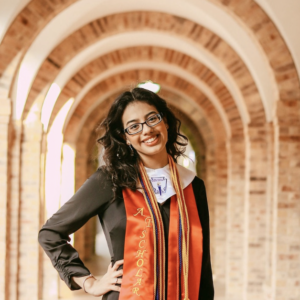 Caroline is an honors freshman majoring in Psychology and is a new research assistant in Dr. Lerners Lab as of Spring 2022. Caroline is really passionate about the field of psychology and medicine. After graduating in 2025, she wants to attend medical school in Texas. She recently got certified as an EMT and loves to help in emergency situations. She is very excited to learn more about sleep and the effects it has on memory, as well as gaining valuable experience in psychology research. 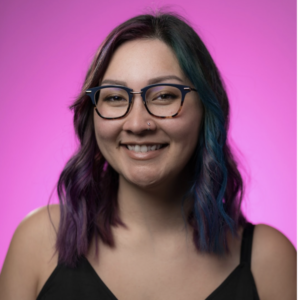 Alx recently joined The Sleep and Memory Computational Lab in Spring 2022, in hopes of gaining a greater understanding of the research process and the effects of sleep on neurological and physiological mechanisms. She is a first-year undergraduate student studying Neuroscience with a pre-med concentration. Alx plans to pursue an MD, with the goal of conducting research on the efficacy of accessible health care treatments and lifestyle decisions, and applying that research directly to patient care.