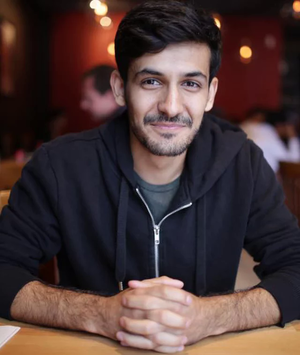 Sorush Ranjbar is an Electrical Engineering master’s student at UTSA who leverages his Biotechnology background to approach engineering from a different perspective. Sorush obtained his B.Sc. in Biochemistry at UTSA and went on to work in Silicon Valley as a junior scientist at a startup company called Koniku. There, Sorush was surrounded by engineers and scientists and absorbed valuable information about startup companies, biotech research, designing and delivering devices. He quickly became fascinated by the broad field of electrical engineering and the possibilities for applications in Biotechnology. Sorush has a solid background in bioengineering, technology development, and he loves working with teams to realize tangible results. He is excited to further develop his engineering skill set as a team lead in the Bladder Vision project. Sorush also runs and produces music for a local musical act called “Granite Hands” that has made rounds in music blogs, spotify playlists, and live concerts. Sorush is a huge fan of working on motorcycles, doing math, building guitar stomp boxes and creating things that have not existed in the present past.